What a week.  Halloween and continued progress on our house, this blog has been a rollercoaster of emotions over the last several months.

Halloween!!  If you know our oldest son or if you’ve read some of the previous post then you know that Max is crazy about Batman.  So of course that is who he dressed up as for the big day.  But his biggest feat was convincing his little brother that they didn’t make Elmo costumes in his size…only costumes of Robin.  So our sons were the Dynamic Duo: Batman and Robin 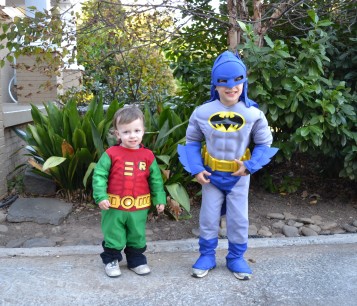 At first it was a challenge convincing Brendan to try on his costume, but once he had it on he took to it better than anyone could have expected. 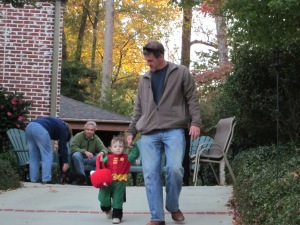 Of course we had to carve a Batman pumpkin and since Bren didn’t get to be Elmo I ended up trying to at least carve one for him. 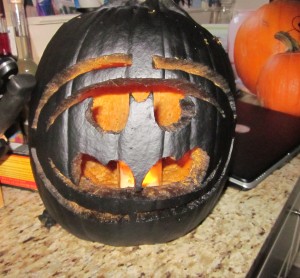 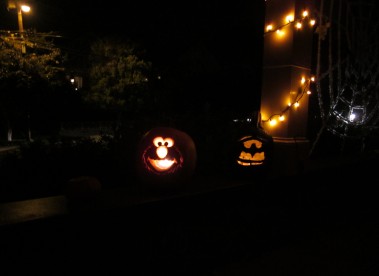 It was a long night but the boys had a great time.

As for our house; all of the plaster has now been removed from the walls and ceilings as well as all of the old corroded plumbing and original wiring. It’s amazing the amount of work that has been done in what feels like such a short period of time…or at least from what we were use to with our prior GC.

One guy's journey through renovation. From purchasing a home in desperate need of repair, through complete renovation and expansion to hopeful dream house for my wife.