So this morning I met with our GC and his concrete sub at the house to discuss the issues with the recently poured carport slab being in the wrong location as well as the lack of an elevation change between the basement and carport slab.  Basically the purpose was to provide me a solution that would resolve the potential water issues.  They certainly provided me with a few options, however none of them gave me any comfort and basically  their “solutions” all revolved around accepting structural modifications to the house which would affect the overall plan as well as value of our home.  They couldn’t give me an answer as to why such a mistake would happen however they did agree to pull the slab up as well as the foundation wall which was poured in the wrong location by three feet.  Before leaving I had a conversation with our GC basically letting him know in person that I wasn’t happy with all that has transpired and that my confidence was fading fast.  Interesting response on his end, acting like such an arrogant donkey he told me that our house wasn’t going to be perfect, Perfect.  And that we were just going to have to learn to accept some things.  Okay, Julie and I are more than prepared to compromise and we’re well aware that there will certainly be instances when we will be required to deviate from the original plan however this mistake is inexcusable.  It was poured wrong and that mistake could very easily present moisture issues down the road.  I’m not sure how to take his statement, but it certainly rubbed me the wrong way.  We’re spending a lot of money with him and had a lot of faith in his abilities but now he is basically telling me that we need to make sacrifices that would affect the value, plan and structural integrity of our future home.

So, I stopped by the house on the way home from the office. I just wanted to look at everything again and I guess a big part of it had to do with me wondering if there were any other mistakes that I had missed.  Having very little construction knowledge I really didn’t know what I was looking for but I do have the ability to work a tape measure.  After measuring the various rooms and noting the differences in actual versus what was on the plans I decided to measure the ceiling height.  I’m not sure why, especially being that just a few days ago our GC told us that the ceiling heights were fine, but I did.  Expecting to find a height of 96″+ I was shocked when my measurements were from 92″ – 94″. 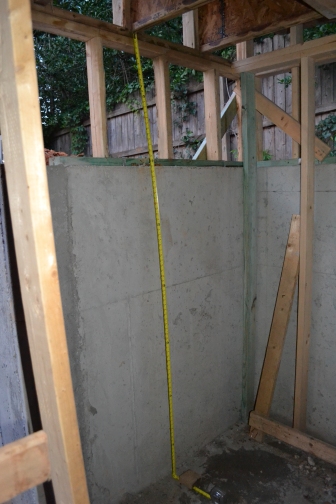 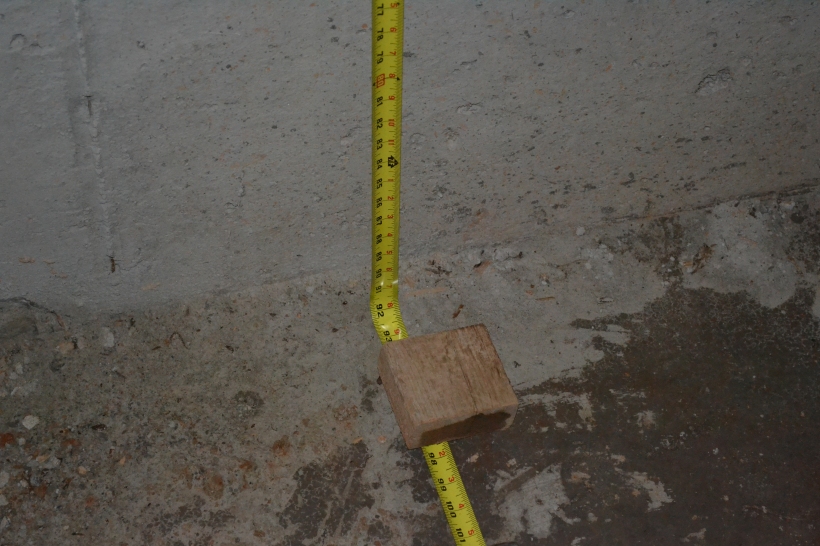 Add sheet rock, flooring etc…and we’re basically looking at a finished ceiling height of 7′ 6″ versus 8′, that’s not even considering the mechanicals that will need to be run throughout. Mad, angry, dumbfounded, confused – I can’t begin to express to you all of my feelings.  How could they not dig deep enough? How does this happen?  This is basically the second time that they didn’t dig the basement foundation deep enough.  This makes no sense to me.

To only add insult to injury I decided to spend a few more minutes looking at the framing.  Oh boy, again, I don’t know much about framing but I would imagine that the walls would need to reach the joist and that everything is level, especially the floor above – not so with our house. 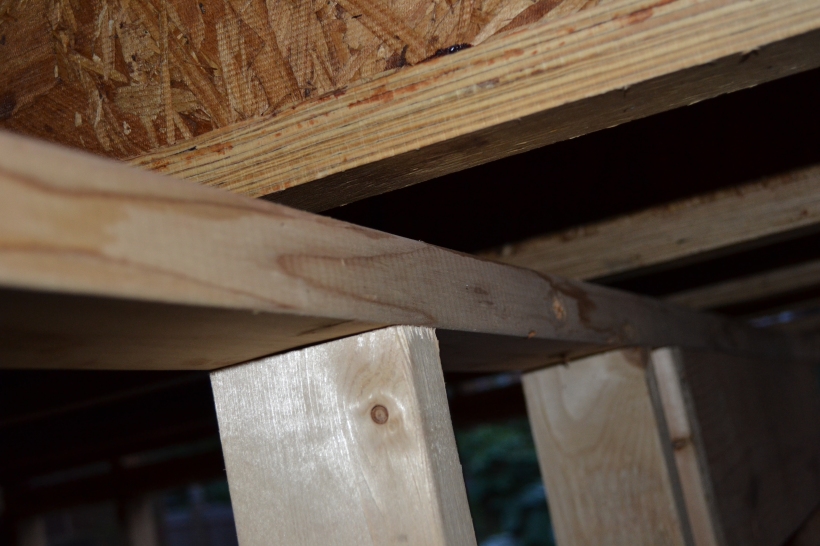 What’s even more disturbing is that some of these walls are load bearing.  Further, the exterior walls are mixed with #2 & #3 grade lumber, which I quickly found out once I got home and looked at the building code that this is entirely against code.  So for almost a month it has been like this and either our GC knew about it and just didn’t tell us or he didn’t even notice.  I really don’t know which is worse in my mind.

I can’t begin to express all that I’m feeling however I did send our GC an email letting him know that I wasn’t happy about the slab not being poured at the correct depth as well as the significant deviations from the plan and the framing issues, being such I wanted both slabs removed and for it to be constructed according to the plans.  This would alleviate a lot of the issues, both depth and footprint.

I’m curious as to his response especially after the way he acting today, however I can’t imagine that he wouldn’t be in agreement.

One guy's journey through renovation. From purchasing a home in desperate need of repair, through complete renovation and expansion to hopeful dream house for my wife.